The Beginnings of Our Parish

The Catholic Church in the Cologne – Benton area dates back to 1856. Nineteen families gathered together at the John Mohrbacher home for services conducted by Father Mehlmann. The area was served as a mission community from Shakopee. The first recorded baptism was in 1859 and that is usually considered the beginning of the parish. In 1876, construction of the church began. The cornerstone of the building is dated 1877. The church was completed at a cost of $14,000.

The beginnings of a Catholic school for this area were also begun in 1876. In 1880 under the guidance of Peter Wirtz, the School’s first teacher, a combined convent and school was built at a cost of $3,500.00. By 1881 the school had an enrollment of 117 students and was staffed by the School Sisters of Notre Dame. We currently are fortunate to have the services of Sisters of the FCC (Franciscan Clarist Congregation) order. Over the years, the Sisters have been very instrumental in forming the spiritual and academic life of the parish members. Many of the accomplishments of our people are a result of their dedication as teachers and servants of God.

Construction of the present school was begun in 1915. The cost of the building and furnishings was near $50,000. For many years, the school had double grades from 1 to 8. The 7th and 8th grades were eliminated in 1970 and the school then changed to single grades 1 to 6. In the late 90’s, the school once again combined classes to adapt to lower enrollment. Currently, our school has combined classes for grades 1 to 6 and separate Kindergarten and Pre-kindergarten programs. Five lay teachers and two Sisters make up our current full-time staff, with 2 part-time teachers and a cook.

What began as a small mission church in the late 1850’s has developed into a permanent institution serving about 200 families. After the Mass and the Sacraments, education of the young remains a primary goal of the parish. While it becomes more expensive, the people continue to make many sacrifices to keep the school operating.

This information was excerpted from a booklet called “In Our Midst” which was created to mark the 100th anniversary of our church. Marcia Tellers, a parishioner, compiled the information. 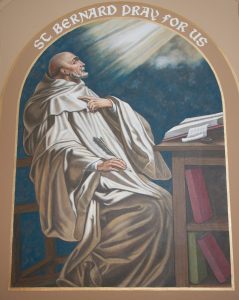